Lefkoşa is the name for the northern part of Nicosia, located in the "Turkish Republic of Northern Cyprus". A new mosque is being built right next to Cyprus International University. It is intended to be a smaller version of the Selimiye Mosque in Edirne | Turkey.

The main dome is to be 34m high and 24m in diameter (Selimiye: 43m and 31m). There will be 4 minarets, each 62m high (Selimiye: 70,89m) with 3 balconies (sherefe). The lower level will have a multipurpose hall, a library, classrooms, toilets and washrooms. Unfortunately, it is being built from cement and only covered with an outer layer of stone. The construction project is financed by Turkey.

The official representative of the construction project gave me this information in an e-mail after an attempt was made to prevent me from photographing. They had already had problems with journalists due to violations of safety regulations for workers at the building site.

The University tried in vain to acquire these properties for an expansion. This dispute gave rise to one of the first citizens' initiatives in the North, in support of the University (2015). 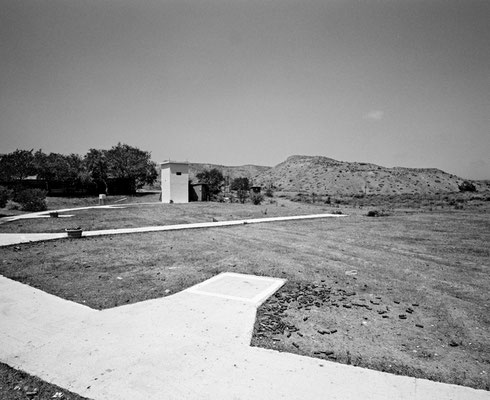 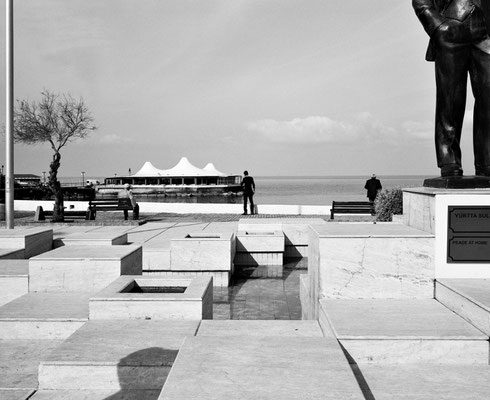 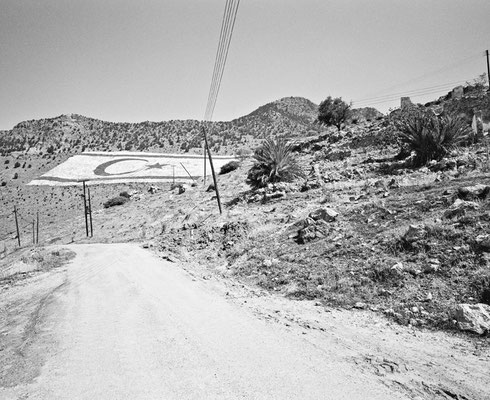 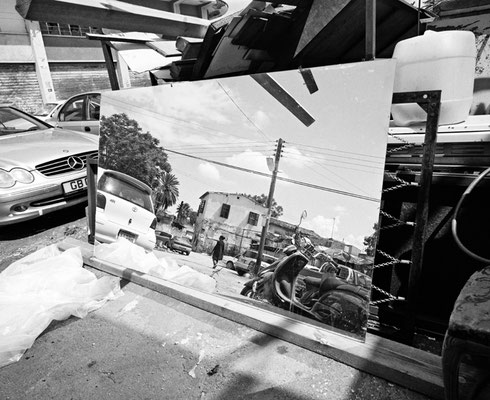 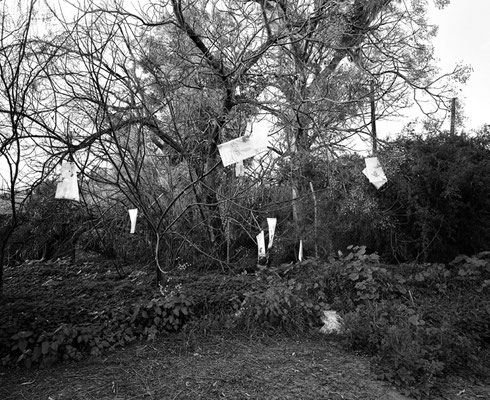 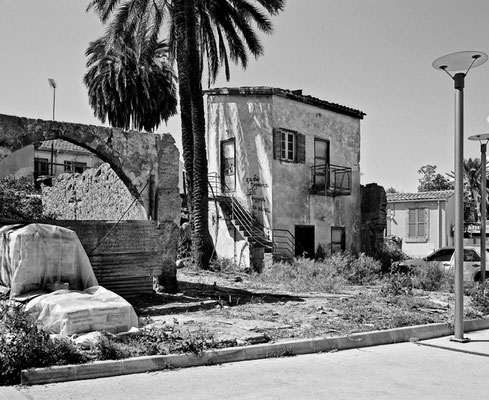 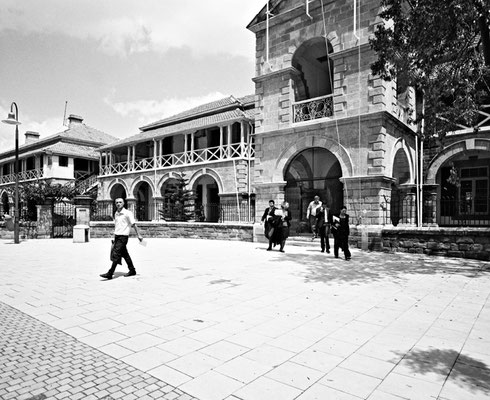 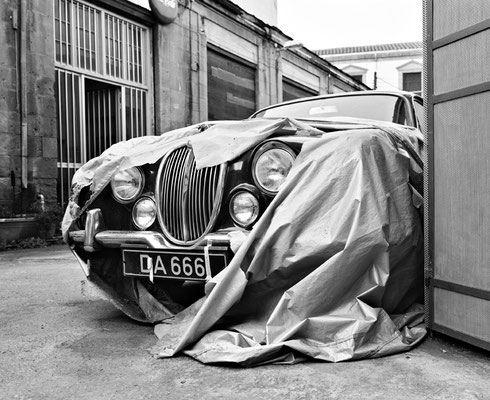 ::: Shooting grounds near Lefka | Lefke (North), a small town with roughly 3000 inhabitants and the home of European University of Lefke. Students from Turkey and other countries live here for four years (2014).

::: Lefkoşa (North). In the city centre near the Green Line, which is reinforced by an additional Turkish military line on the northern side, there are many small craft workshops (2014).

::: The British Colonial Law Courts Nicosia in Lefkoşa (North) are still used as a court. The unresolved property issues resulting from the conflicts of the last decades are one of the main obstacles to all peace negotiations (2014).

::: Kyreneia | Girne (North). The Ataturk monument on the promenade looks north towards Turkey, whence the Turkish troops arrived in 1974 (2015).

::: These children’s drawings with wishes for the future hang on a tree directly on the Green Line outside the Venetian city walls of Nicosia (South; 2015).

::: Vouno | Taşkent (North). The flag above the “Village of the Widows of Tochni” is said to have been made overnight from painted stones. It is highly visible when approached from the South out of the city of Nicosia. It is now also illuminated at night (2015).

::: Nicosia (South), directly in front of the Ministry of Culture. The writing on the house means roughly “Everything here (on earth) is paid for, Karma does not forgive” (2013).