"Green Line" from the South looking towards Morphou | Güzelyurt in the North (2014). 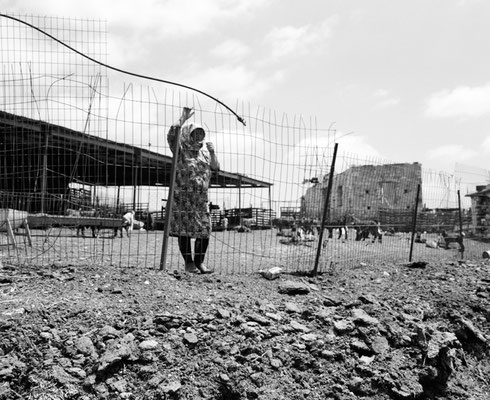 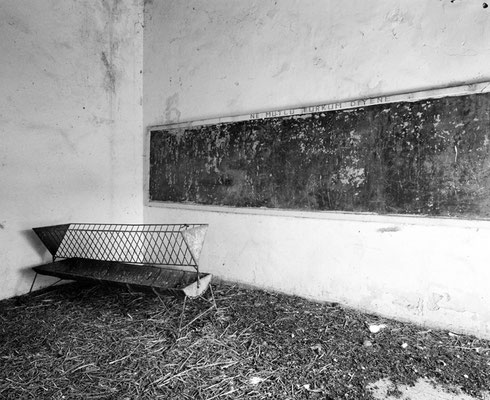 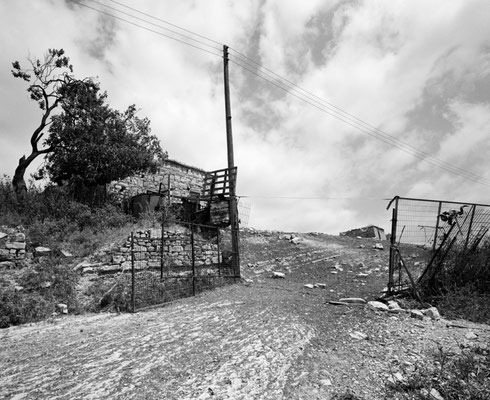 from left > right: Pitargou | Akkargı (South). An abandoned Turkish Cypriot village. Only a shepherd lives with his wife in the ruins (2014)::: The school building is still there but is used as a stable. There is still writing on the chalkboard: “NE MUTLU TÜRKUM DIYENE” which means “Happy to be a Turk” ::: Entrance to the village (2014). 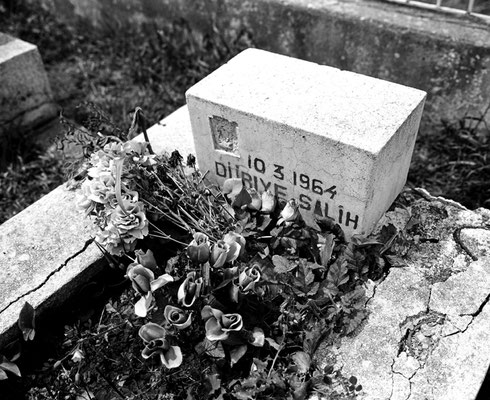 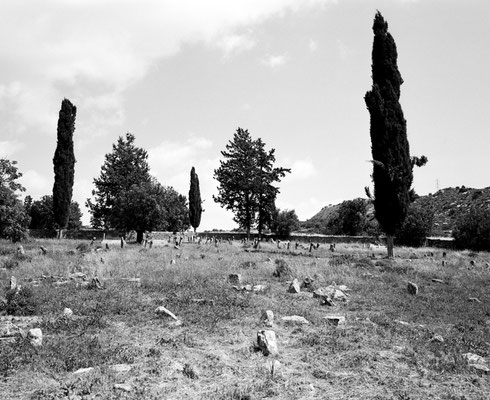 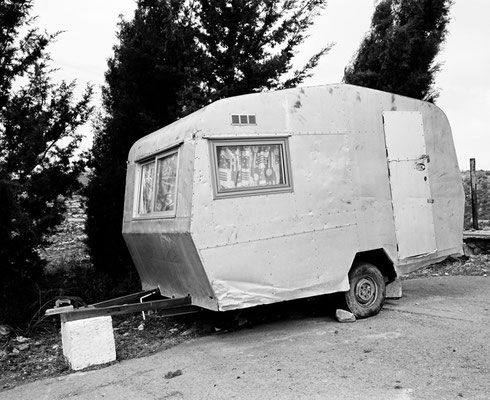 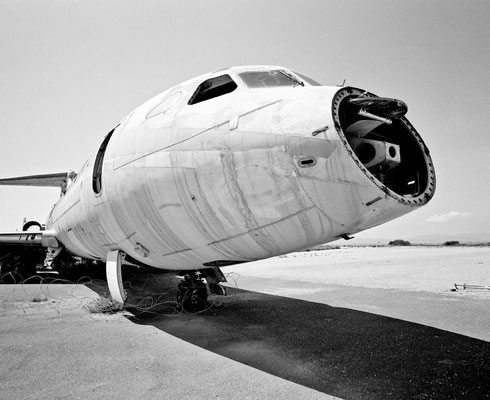 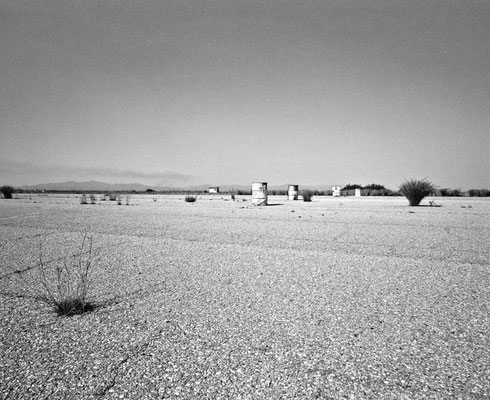 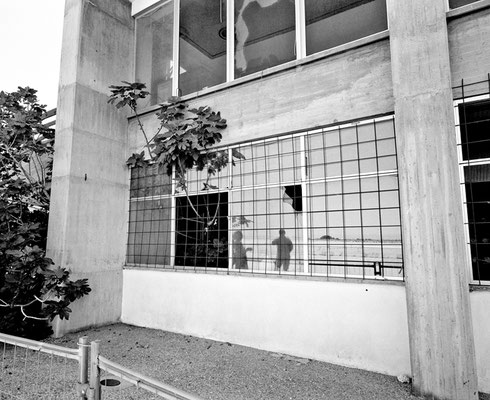 Lefkosia or Nicosia (South), UN buffer zone. Nicosia International Airport was the most important airport on Cyprus and one of the most modern in the region. Since 1974, air traffic there has ceased. The airport reached the limits of its capacity back in the early 1970s, so in June 1974 expansion plans were drawn up. A short time later the airport lay between the fronts in the Cyprus conflict and the UN declared it a UN protected zone. In 1974, the Turkish air force destroyed two of the three Trident jets comprising the Cyprus Airways fleet. In the middle of the tourist season, Cyprus Airways lost both its aircraft and its base. The grounds now serve primarily as headquarters of the UN Peacekeeping Force in Cyprus (2014). 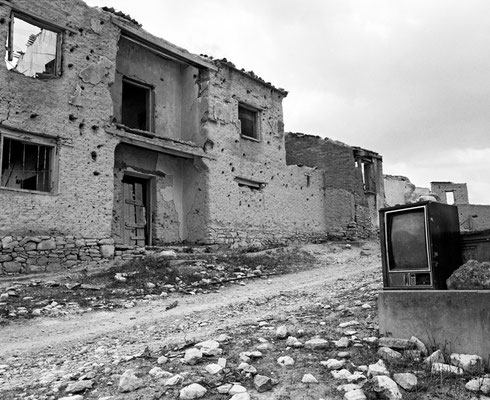 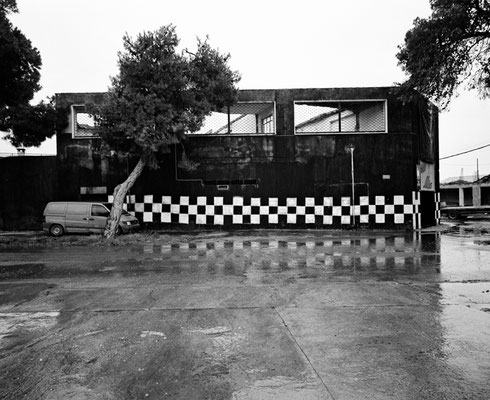 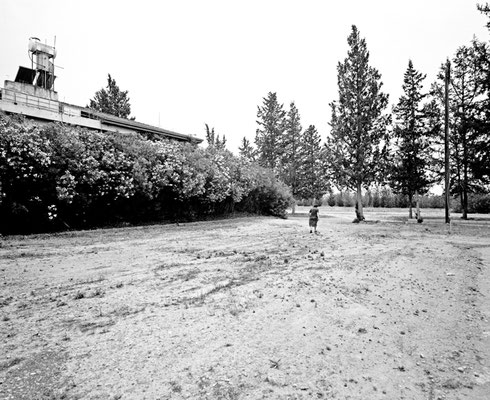 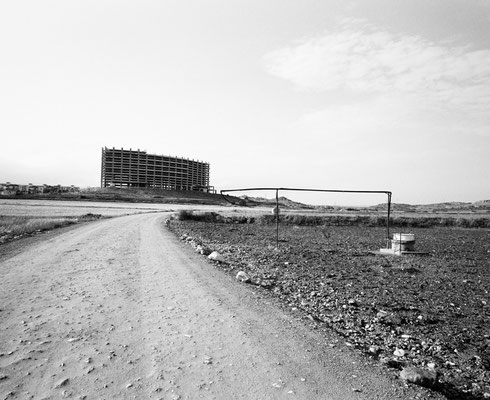 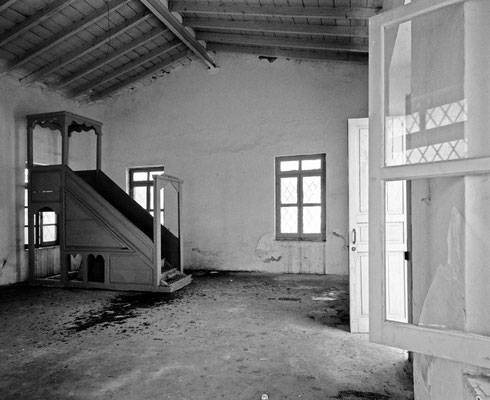 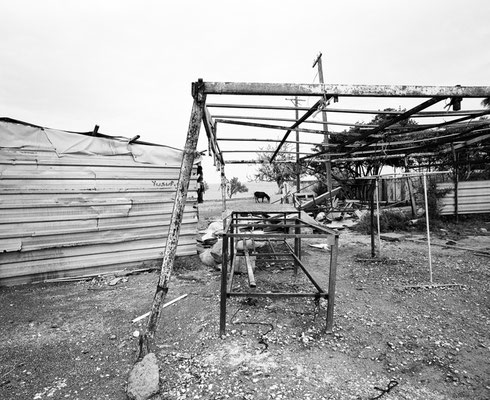 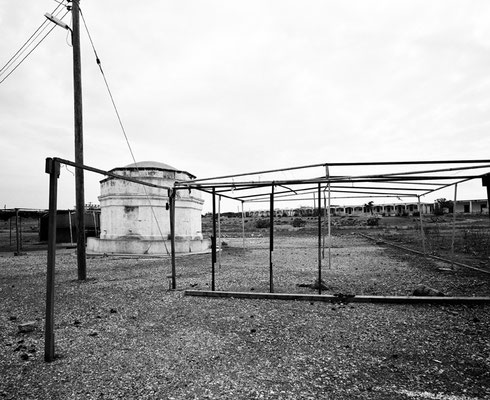 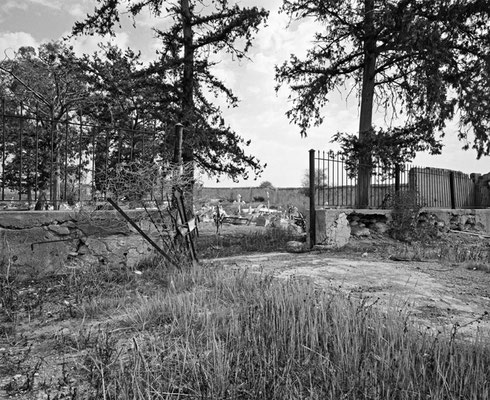 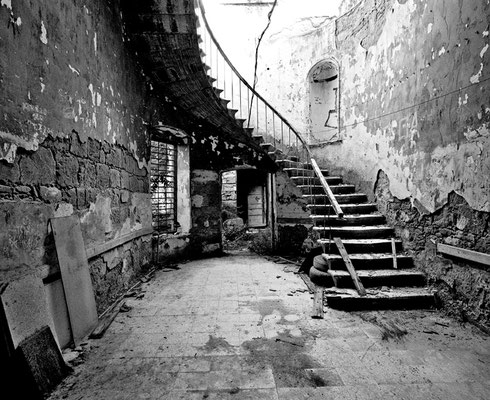 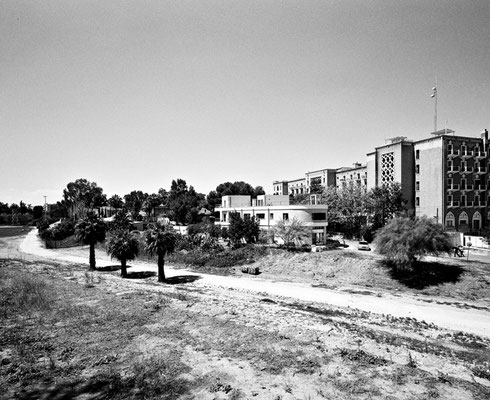 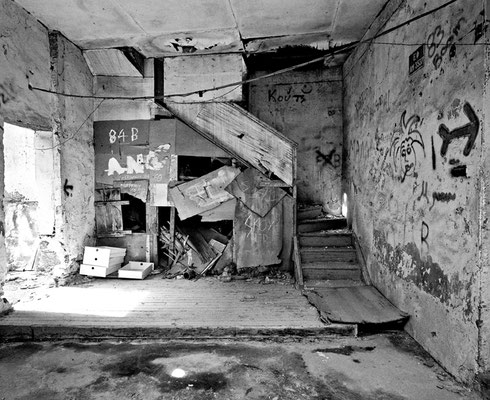 ::: Petrofani (South). A former Turkish Cypriot village, named Esendağ (windy mountain) by the inhabitants. Destroyed and abandoned. Only a shepherd and his wife live there (2014).

::: Safa Köy (North) is a place built by media mogul Safa Bey in the middle of nowhere on the Karpas peninsula. Nobody knows why the huge new construction project was stopped. Parts of the settlement are rented out to tourists (2014).

::: The monastic cells at Moni Apostolou Andrea at the extreme end of the Karpas peninsula (North) stand empty. Only a priest lives here. In spite of this, new cells are being built (2014).

::: Ledra Palace, the former luxury hotel in Nicosia, is in the UN buffer zone. Today it houses UN soldiers. It became legendary as a meeting point for representatives of both sides, when the Green Line was still closed. The Ledra Palace Checkpoint was the first to be opened in a surprise move by the Turkish Cypriot side in 2003. It is still limited to pedestrian traffic.

::: Varosha is a section of Famagusta | Gazi Mağusa | Ammochostos (North). This once booming quarter with elegant hotels and apartments was completely closed off by the Turkish army directly after the 1974 invasion and remains a no-go area today, a sensitive issue underlying all peace negotiations. The beach is accessible.

Since 1571, Famagusta has been called Mağusa by Turkish Cypriots. To commemorate the Turkish Cypriot historic district of Famagusta resisting surrender to the Greek Cypriot forces in 1974, Cyprus Turks renamed the city Gazi Mağusa, which basically means "Famagusta, the war hero". Ammochostos is the Greek name for Famagusta.

This building lies directly on the border of the no-go area in Varosha. The no-go area is a Turkish military restricted zone, which cannot be entered under any circumstances. Photography is strictly forbidden and is prosecuted, sometimes with the assistance of the neighbours (2014).

::: UN buffer zone Nicosia (South). With the permission of the Cypriot Ministry of Defence and accompanied by an officer, I was allowed to take photos in certain areas within the buffer zone (2014).

::: Even Muslims come to pray at the monastery Moni Apostolou Andrea (North). Religious services are regularly held there, and occasionally a church consecration festival of sorts (2014).

::: Lefkosia or Nicosia (South). The verbal permission granted by the Cyprus Ministry of Defence to photograph Green Line guard posts from the southern side had evaporated by the time I met the officer assigned to me. However, the officer did take me through bullet-riddled houses in the buffer zone in such a way that we could not be seen by the Turkish military. I was allowed to photograph in precisely defined spots (2014).

next > shift of use