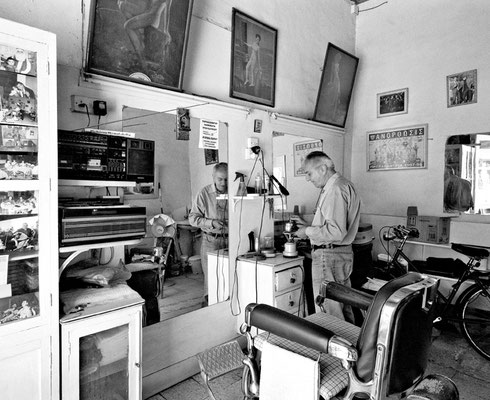 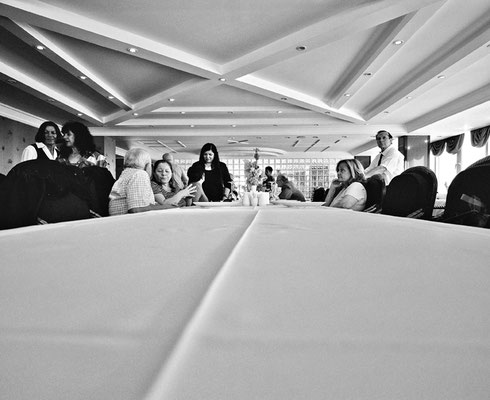 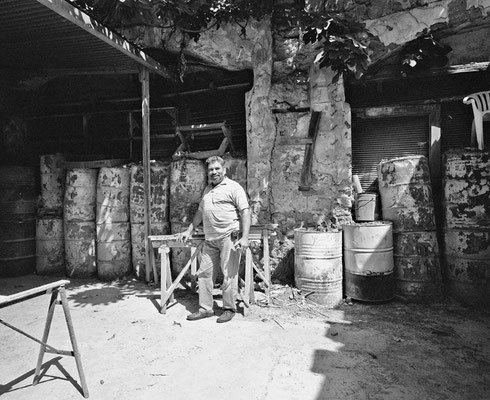 From left to right: BARBER TOMIS comes from a village near Famagusta (North). As a former professional musician, he has seen many places with his group, traveling from Bonn to Poland, from Dubai to Baghdad, to London and further afield. He goes to the North again and again, on his motorcycle when the weather is nice (2014) ::: “DREAM OF CYPRUS” A group from the North and South meets regularly to eat, sometimes in the South, sometimes in the North. By eating together, they hope gradually to rebuild mutual trust and begin joint projects (2014) ::: DOROS PAPAKONSTANTINOU’s carpenter’s shop is located right in the buffer zone in the middle of Nicosia. He has to be accompanied by a soldier when going in or out on a daily basis. His workshop lies among the bullet-ridden houses in such a way that the Turkish military cannot see him (2014). 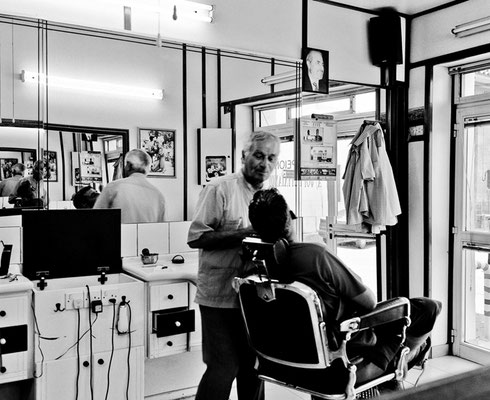 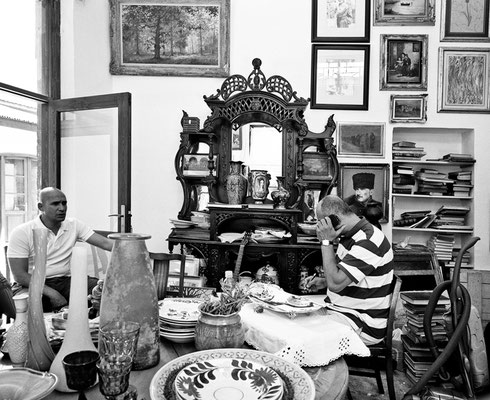 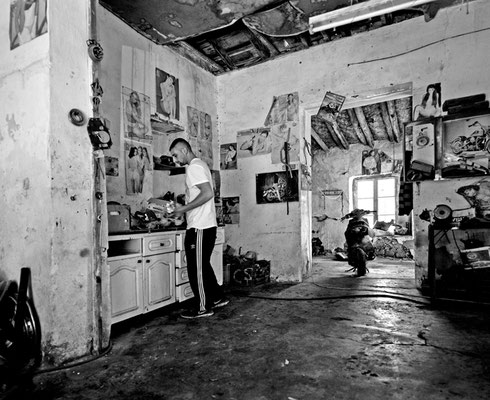 From left to right: At the barber in Strovolos, a suburb of Nicosia (South). After the war in 1974, many Greek Cypriots fled here from the North (2014) ::: The antique shop behind the Old Bazaar in Lefkoşa (North) is immediately adjacent to the Buffer Zone. The Turkish embassy secretary (left) is not allowed to cross into the South. He asked me what the people were like there (2014) ::: Elia or Elye | Doganou or Doğancı (North). At the mechanic’s shop. The Greek name of the village (“olive tree”) was used in this almost purely Turkish Cypriot village by the Cyprus Turks until 1958. Then it was changed to Doğancı, which basically means Falconer (2014).