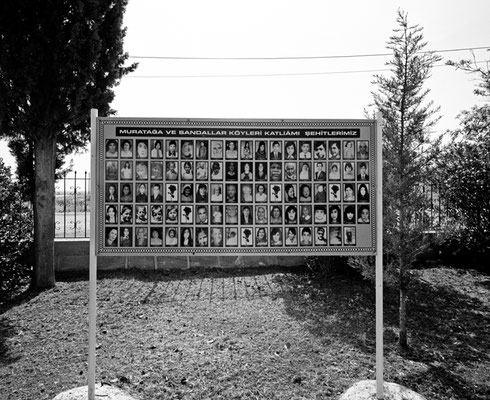 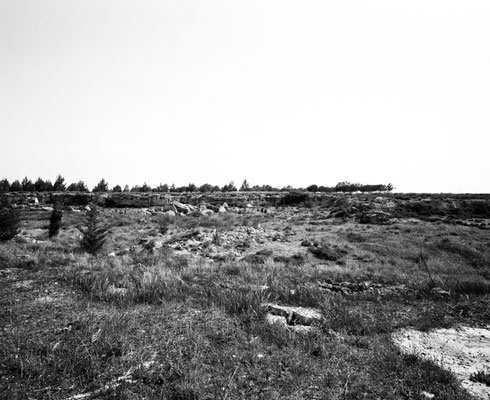 Memorial for the massacre in the Turkish Cypriot villages of Maratha | Muratağa, Sandalaris | Sandallar and Aloa | Atlılar. The site of the massacre. In July 1974, all the men of fighting age were led out of the villages into a camp and interned for several months. In their absence all the women, children, and elderly men were murdered in one day by Greek Cypriot extremists. The villages are now primarily inhabited by survivors (2014). 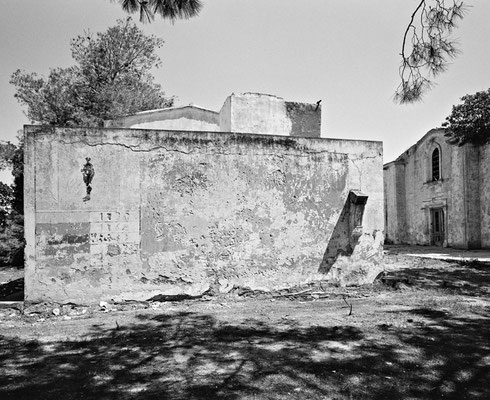 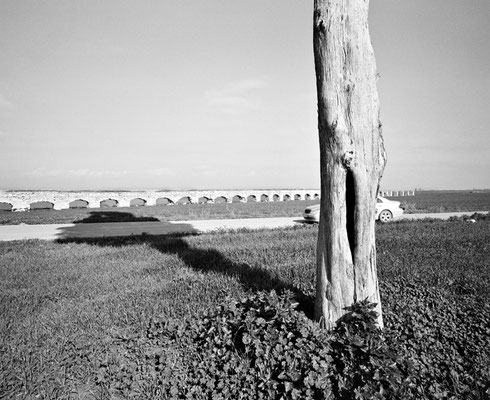 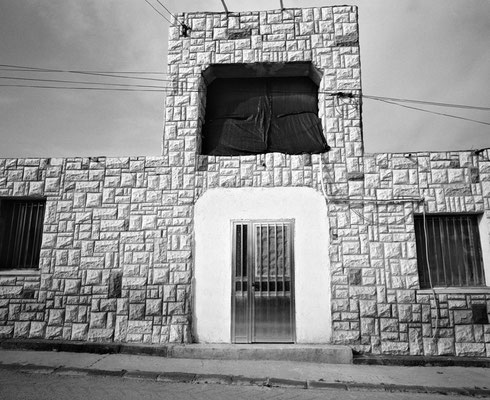 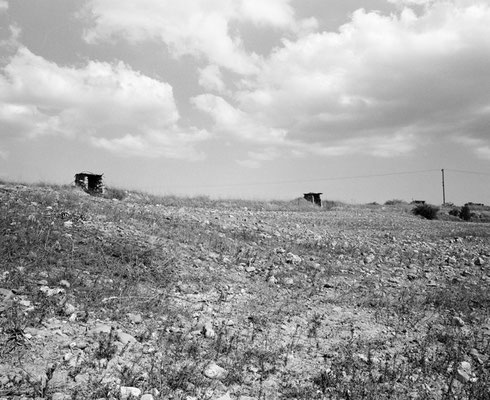 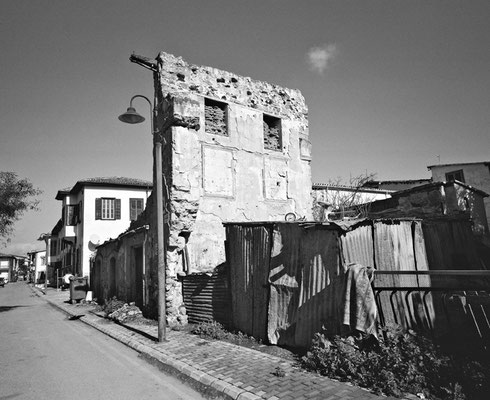 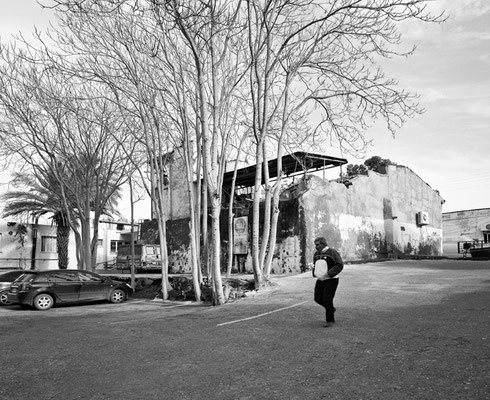 1_from left > right: Former Agios Panteleimonas monastery near Myrtou | Çamlıbel (North). Even before 1974 the monastery was abandoned. In 1974, intensive fighting took place here (2014) ::: Aqueduct in the Mesaoria | Mesarya Ovası, a fertile plain in the North near Maratha | Muratağa, Sandalaris | Sandallar and Aloa | Atlılar (2015) ::: Assia | Paşaköy (North). Half the village is a military restricted zone; the old part of town is accessible. Assia was a mixed village with a Greek Cypriot majority. Since the war in 1974, about 100 people have been missing – the highest number of missing Greek Cypriots in one village. A residence (2015).

2_from left > right: Mine field near Potamia | Dereliköy (South) with old guard posts just before the Green Line. Potamia | Dereliköy was always an ethnically mixed village and remains so today, although with a much lower percentage of Cyprus Turks (2014) ::: Lefkoşa (North), in the former Armenian quarter inside the Venetian fortress walls, a few metres from the Green Line (2015) ::: Lefkoşa (North), inside the Venetian fortress walls (2015).