Assia|Paşaköy (North). Half the village is a military restricted zone; the old part of town is accessible. Assia was a mixed village with a Greek Cypriot majority. Since the war in 1974, about 100 people have been missing – the highest number of missing Greek Cypriots in one village. The former church is used as storage for an agricultural operation (2015). 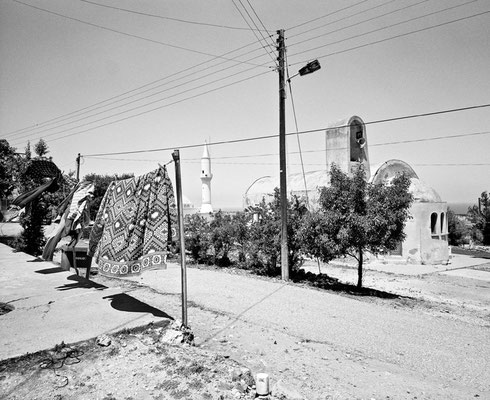 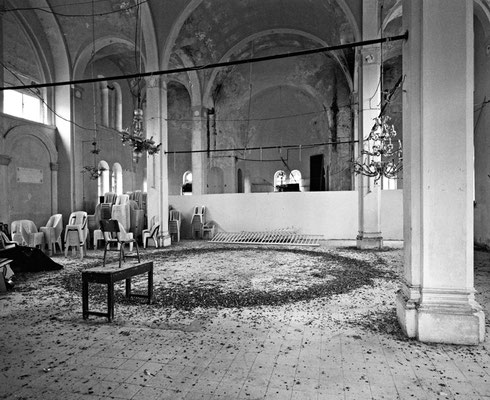 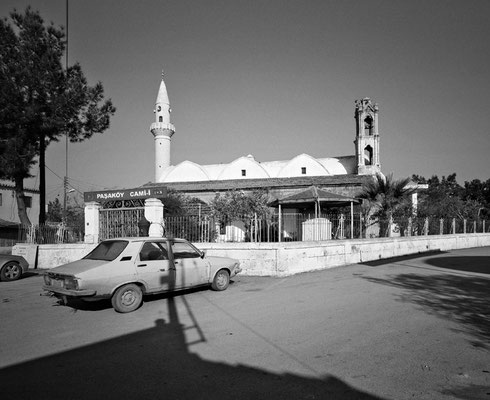 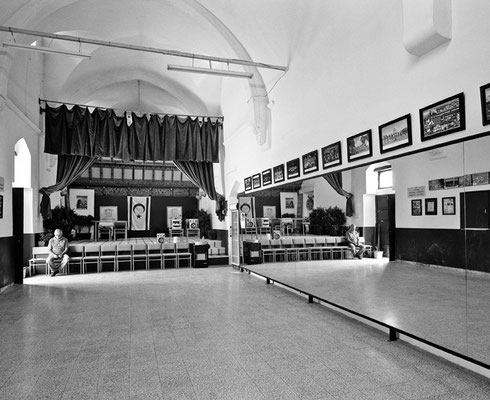 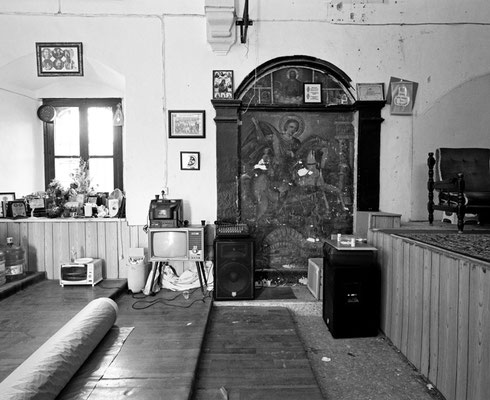 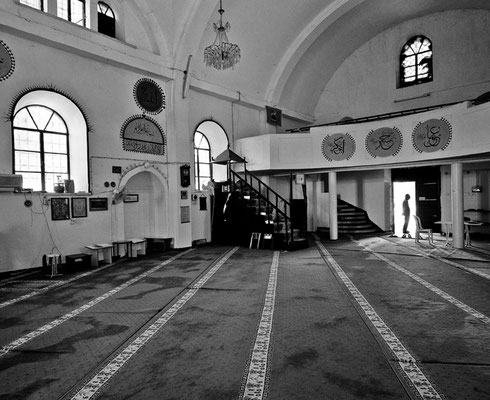 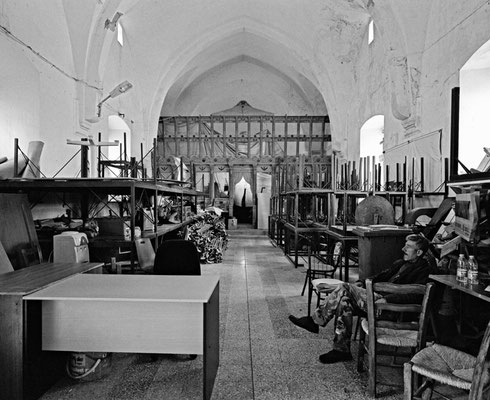 Livera|Sadrazamköy (North). A village on the outer end of Cape Kormakitis, formerly with a Greek Cypriot majority. In 1964, the seven-person Turkish Cypriot family Sadrazam was murdered, so after 1974 the village's name was changed to Sadrazamköy. Many Turkish settlers now live there. The former Agios Konstantinos church was used as a mosque until the new mosque was built (2014).

Gerolakkos | Alayköy (North). The president of the Alayköy Culture and Art Association, which was founded in 1984, personally opened the former church for me. The site is now used for practice by an internationally successful folk dancing group, but also a Judo dojo. Greek Cypriots complained to UNESCO about the church being used in this way. However, this is the first church in the North to get approval from UNESCO for its current use (2014).

Komi Kebir | Büjükkonuk (North). The former church of Agios Georgios in this eco-village is used as a store room for the biannual Eco Festival, which is always attended even by Greek Cypriots as well (2014).

Eptakomi | Yedikonuk (North). The Greek name means "seven villages", while the Turkish one means "seven guests". About ¾ of the inhabitants were Greek Cypriots. Those who did not wish to flee had to live in an enclave until the beginning of 1976. Now many Turkish settlers live there, most of them from Anatolia. The former Agios Lukas church was temporarily used as a mosque. The white chairs are left over from a Turkish engagement party celebrated here recently. The circle on the floor is made of pigeon droppings (2014).

Assia| Paşaköy (North). Half the village is a military restricted zone; the old part of town is accessible. Assia was a mixed village with a Greek Cypriot majority. Since the war in 1974, about 100 people have been missing – the highest number of missing Greek Cypriots in one village. This former church is currently used as a mosque – a minaret was added (2015).

Lapithos | Lapta (North). The old age and nursing home is situated in buildings adjacent to a former church. Whether the rooms were once used not only as the Mother Theresa School and Hotel, but also as a monastery, is not entirely clear. Roughly translated, the sheet of paper among the photos of residents states: “When memories began to replace our dreams of the future, that is when we began to grow old” (2014) ::: These two men from the old age home insisted on being photographed, but did not reveal their names to me. In the background is the now empty swimming pool from hotel days, and a building from the former church (2014).

next > echoes of the unspeakable