BILBER ÖZKARAMEHMET’s husband went away with other men over 40 years ago to defend their village of Kouklia | Köprülü (North). Although he was declared dead 2 days later, she considers him missing. At the time, the doors were due to be painted. They never were painted again, and she has accepted no other changes, not even new electrical lines. Only a television and a small bathroom. Her son built a new house around her small one (2014). 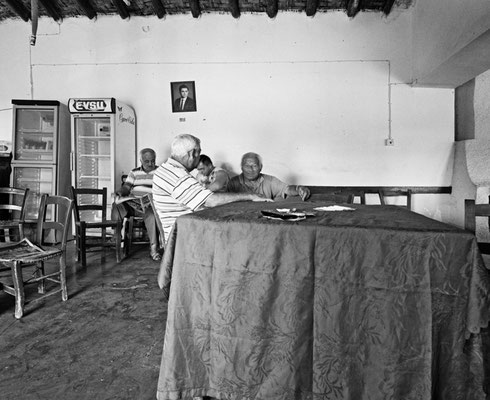 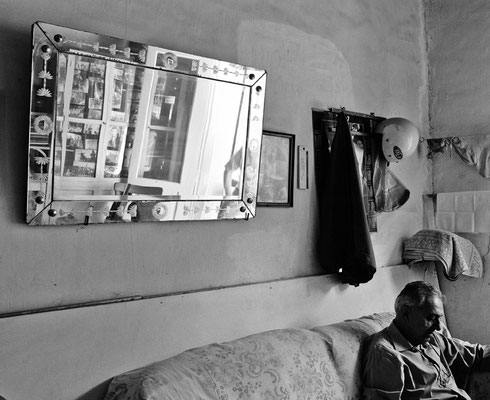